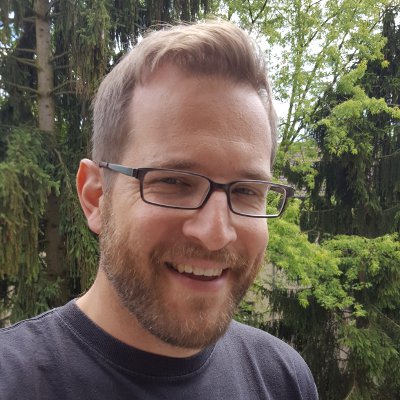 Deniz Bahadir is a Senior Software Engineer at BENOCS (www.benocs.com) where he helps his employer to "speed up the Internet".

He gained his first experience with C++ at high school but really started loving it when entering the University of Tübingen (Germany) in 2001 where he studied Computer Science / Bioinformatics. As a member of his university's RoboCup team he successfully helped his team to win the RoboCup World Championship 2006 Technical Challenge ("Middle Size League"). Of course, all these robots were programmed with C++! :-)
Since he graduaded from university in 2009 he had been working for several companies and still uses C++ heavily (nowadays: Modern C++). He also worked with several build-systems and -generators (Autoconf/Automake, Scons, Boost.Build, CMake ...) from which CMake stood out, because it was most usable although far from perfect. However, after some years of using local CMake-scripts to implement missing features of CMake, he became aware of what Modern CMake is supposed to be. As a result he decided that it was time to implement some of the missing features directly in CMake's code (which, luckily, is written in C++). Since then he had provided several missing features and also fixed some inconsistencies with Modern CMake which now all made it into the latest releases of CMake.

If Deniz is not coding in C++ or CMake he likes to socialise with friends and family by playing some good (modern) boardgames.