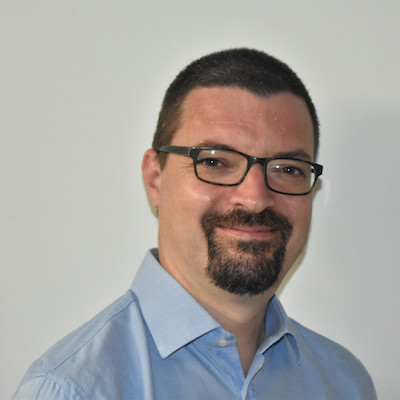 Luigi Ballabio is Head of Quantitative Development at the Milan office of Confluence Technologies, Inc. He has worked there since 2000, and focuses on the development of the pricing algorithms and models at the core of its products.

He is a co-founder, lead developer and administrator of QuantLib, an open-source project aiming at providing a comprehensive software framework for quantitative finance. Well-known and appreciated among practitioners, the project started in late 2000 and reached a major milestone in February 2010 with the release of QuantLib 1.0; it has now released version 1.23, and will probably be beyond that by the time you read this.

Luigi holds a Ph.D. in applied nuclear physics from the University of Uppsala, Sweden. In his hometown near Milan, though, he is best known for playing the baritone saxophone in the local concert band—a fact that puts all of the above in a refreshing perspective.

He lives in Milan with his wife and four children.

He can be found at https://www.implementingquantlib.com and is available for training on-site (in Europe and UK) or remote (anywhere).